Francis, who was homeless for 16 years, is currently on a 7 day UK tour where is he engaging with the public to discuss what they think about homelessness. Additionally, he is telling his story as part of the “Understanding homelessness” workshop and answering questions to give an insight into the life of a rough sleeper.

The workshops have been attended by individuals of the community, voluntary organisations, elected officials (local councillors), magistrates and many more who are interested in finding out about the issue and how they can make an impact. 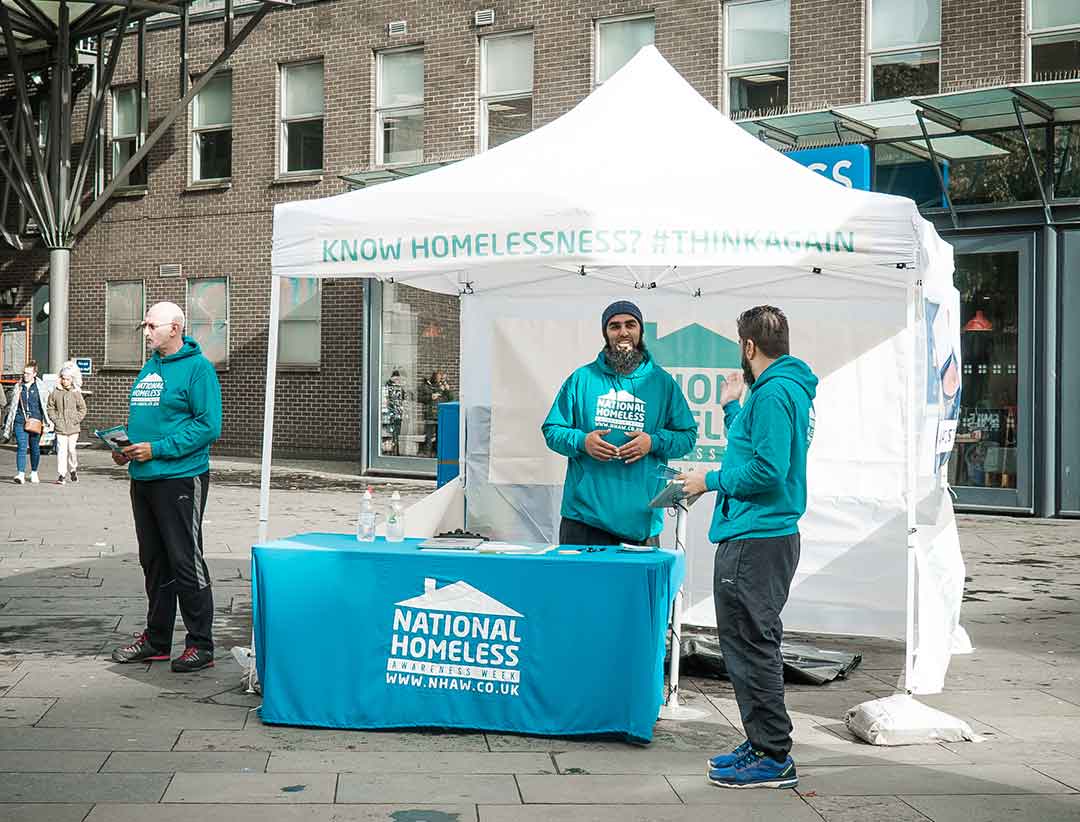 The aim is to get the public to #ThinkAgain about homelessness. It’s more than just rough sleeping or self inflicted, which unfortunately is the general perception which we have encountered.

Each day Francis and the NHAW team have been setting up stall in the City Centre to engage with members of the public. The team then deliver a free workshop later in the day, followed by a “walking, talking feed” where the locals and workshop attendees are practically shown how to use food delivery as an engagement tool, allowing them to directly engage and speak to rough sleepers.

The team on the 10th of October, which was also World Homeless Day, visited 10 Downing Street to give a letter with recommendations, along with comments from the public from around the country in relation to the the homeless crisis and possible avenues to improve the situation.